Summary of Findings: National Council on Crime and Delinquency 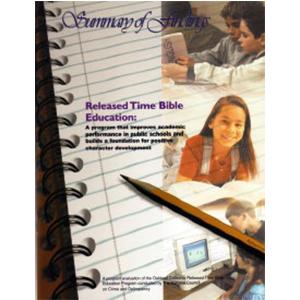 The report is filled with graphs and charts that visually and mathematically evaluate the findings. Paul Harvey, famous journalist and radio broadcaster, marveled at the benefits of the Oakland Released Time program when he found out about the report. He later featured the results of the report on his daily News and Comment radio broadcast. The results of this study are undeniable.